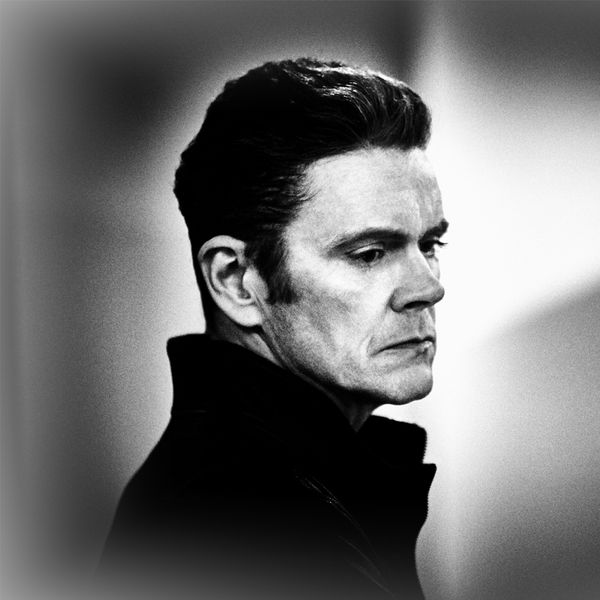 We asked Frances Verdugo Lash from Dead Dog to speak to Chris Connelly ahead of his upcoming Q&A and live show happening on June 10th as part of this year’s Suoni Per Il Popolo festival.

I read your autobiography Concrete, Bulletproof, Invisible & Fried: My Life as a Revolting Cock recently and there was a line that was mentioned when you were on tour with RevCo about falling in love with Montreal. I obviously took note because I live here, but I wanted to see what stuck out to you about the city to even mention it in the book?

I felt an affinity with it, one of these unnamable and emotional things-there are not many places I feel that with, but I do remember at one point it was somewhere I was strongly considering a move to, it seemed to fit so beautifully around my soul. Ultimately I didn’t, for various reasons attached to what I was doing at the time I suppose….

You’re well known as being a key member of the boom of industrial music in the late 80s/early 90s. One thing that definitely ties your work with Revco, Ministry, Pigface and the industrial oeuvre is performance. Wild performance from you and that crew has become part of the cultural mythos of the industrial genre. Why do you think those primal hyper-masculine performances were so integral to the genre?

I wouldn’t say for me there was anything hyper masculine about it, but I understand your point (I often did semi-drag, make up etc, and let’s not forget THRILL KILL KULT….) Back then my approach to stage performance definitely and solely mirrored to sound & the music and reading what the audience wanted from us on that particular night: which was usually some wild feral performance from us: I think back then I was a bit of a blank slate and would react in a primal way, that and I also drank a lot and took heaps of substances : not to enhance the performance, but because I was a stupid kid and because they were there, I was young and having fun doing what I should….There was also a ton of misanthropy attached to the genre, of course, a lot of negativity which was not necessarily a part of the other things that were popular at the time…

On that note, I actually was lucky enough to open for Revolting Cocks with my band Dead Dog in Toronto last fall – and you guys did not disappoint in terms of stage presence and live sound. What do you think is the biggest difference in touring now vs. back in the industrial hey-day?

Well, it’s all about the performance for me, it’s all about putting on a show: I don’t “live” these songs now, it’s 30 years later and obviously everything is different for me, so I am basically acting the character I created in 1987, which is really fun for me. The audiences are different as well, it’s a bit of a nostalgia show, but as I am always moving forward creatively, it doesn’t feel like a standstill, it feels like a different way of exploring a role, I am also aware that people come to see us for a reason, and I want to make them happy they came, it’s all SHOWBIZ BABY!!!

You’re well known for your work in the Wax Trax!/Industrial family, but you’re also a prolific solo artist. I think what stands out immediately is how different it is from your work in the industrial genre. What do you think pushed you to go in such a different direction with your solo work?

Nothing pushed me really, or if it did, it came from within, I think when I look back at what I have done I am for the most part satisfied that it was the right thing to do at that given point, of course I have made some really stupid mistakes musically, but nothing worth bothering about. I kind of turned my back on the industrial genre for a long time, most of the mid 90’s, and I sort of came out of my shell to do the DAMAGE MANUAL, but that was not an industrial project per se as it had Geordie from Killing Joke & Jah Wobble from P.I.L. as well as Martin Atkins, and there was no way I was going to turn that down.

Ministry, RevCo, and even Nine Inch Nails really came to being out of the Midwest in the States, and, obviously, Chicago is Wax Trax’s home. You came to the midwest as an outsider from Scotland – did you ever feel that there was a certain mid-western American quality to the music that came out as a result?

No I never did, since I was there at the Genre’s inception, and I had my own band FINI TRIBE in Edinburgh who were salivating all over these productions by the incredible ADRIAN SHERWOOD, amazing reggae and dance 12”s which I felt mostly were born out of cross cultural musical hi jinx and the way things were going politically in the UK at the time, fused with a more continental european sensibility and a dash of gay disco, it was so new sounding.

For me there’s always been a bit of a two-sided appreciation of the music that you made with RevCo and Ministry, because it’s some of my all-time favourite but there’s also some questionable behaviour, and even subject matter, related to it in terms of the treatment of women. How do you view your past work’s content versus what you would be doing today. Could a band like the Revolting Cocks exist today?

I always hoped that anything I said in song would be accepted as some level of social comment, and I hate misogyny, I hate the tired rhetoric, and much of what I wrote back in the early days was me crash landing at 22 in mid america and everything was so fucking EXTREME!!! the fucking opinions, the loudness, the guns, the violence: abhorrent, so of course I wrote about it, many times in 1st person-irony, one of the things that attracted me to the guys in Ministry when I first met them was their intelligence and far left thinking, their inclusion etc-you know: then I came to america a met some americans and it was a shocker!

I hope that answers that question, it’s a tricky one and I know what you are saying and there are MANY people involved in this genre who are kind of disgusting incel types that have always scared me.