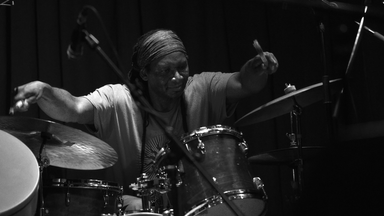 Kimberley was born in Australia and grew up in B.C. She went to school at Arts Umbrella, (Vancouver), first starting as a tap dancer then learning contemporary improvisation from teachers such as Emily Molnar and choreographer Crystal Pite. She’s been performing professionally for 15 years starting in the Netherlands with Itzik Galili, followed by Montreal’s Marie Chouinard, Frédérick Gravel, Dana Gingras with live band GY!BE, Alan Lake, Martin Messier and Caroline Laurin Beaucage. Kimberley is also a mom of two girls and is a birth and postpartum doula. Kimberley curates “5 on 5” a monthly improvisational evenings between Montreal musicians and dancers at La Sala Rossa. She recently participated as one of 5 choreographer's at this year’s Banff Creative Gesture- Collective Composition Lab for Music and Dance 2019. Her collaboration with sound artist Jason Sharp led her to create Boxher, presented at Tangente Danse in March 2018, followed by experimental music festival Suoni Per Il Popolo, Montreal, Qc. They will work towards the long version of the work The Day the Wild Cried thanks to a residency at CCOV and Le Mai (Montreal) and premiere it at an exhibition on Heart Intelligence at the Meinblau Art Space in Berlin in March 2019.