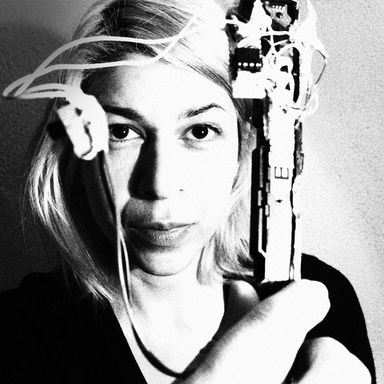 The (in)visible Choir is an experimental performance based on the sonification of light frequencies and video feedback. During my night walks, I noticed that despite being closed down, stores kept their signs on at night. I made recordings of their window displays, this night-time choir that produced rhythms, pulsations and oscillations. In these times of uncertainty, these became a representation of this weird state between denial and hope. Using the feedback generated by surveillance cameras, monitors and a DIY video mixer, I wanted to create the feeling of a psychedelic journey, cultivating the idea of transformation, through the manipulation of electrical matter, but also through the images of objects that seem to dissolve into their own feedback loops. Presented as part of STREAM ON, a project by MUTEK, with the support of the Canada Council for the Arts.