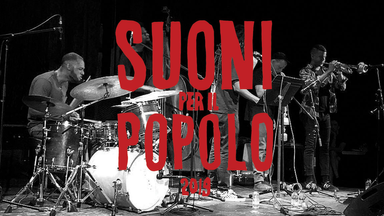 Recently described as a “New Jazz Power Source” by the New York Times, cellist and composer Tomeka Reid emerged as one of the most original, versatile, and curious musicians in the Chicago’s bustling jazz and improvised music community over the last decade. Now based in New York, her distinctive melodic sensibility, usually braided to a strong sense of groove, has been featured in many distinguished ensembles over the years. * A personal and political project with a DIY mindset, Moor Mother transgresses fictional aesthetic borders between noise, hip hop and punk rock to create afrofuturist liberation music.