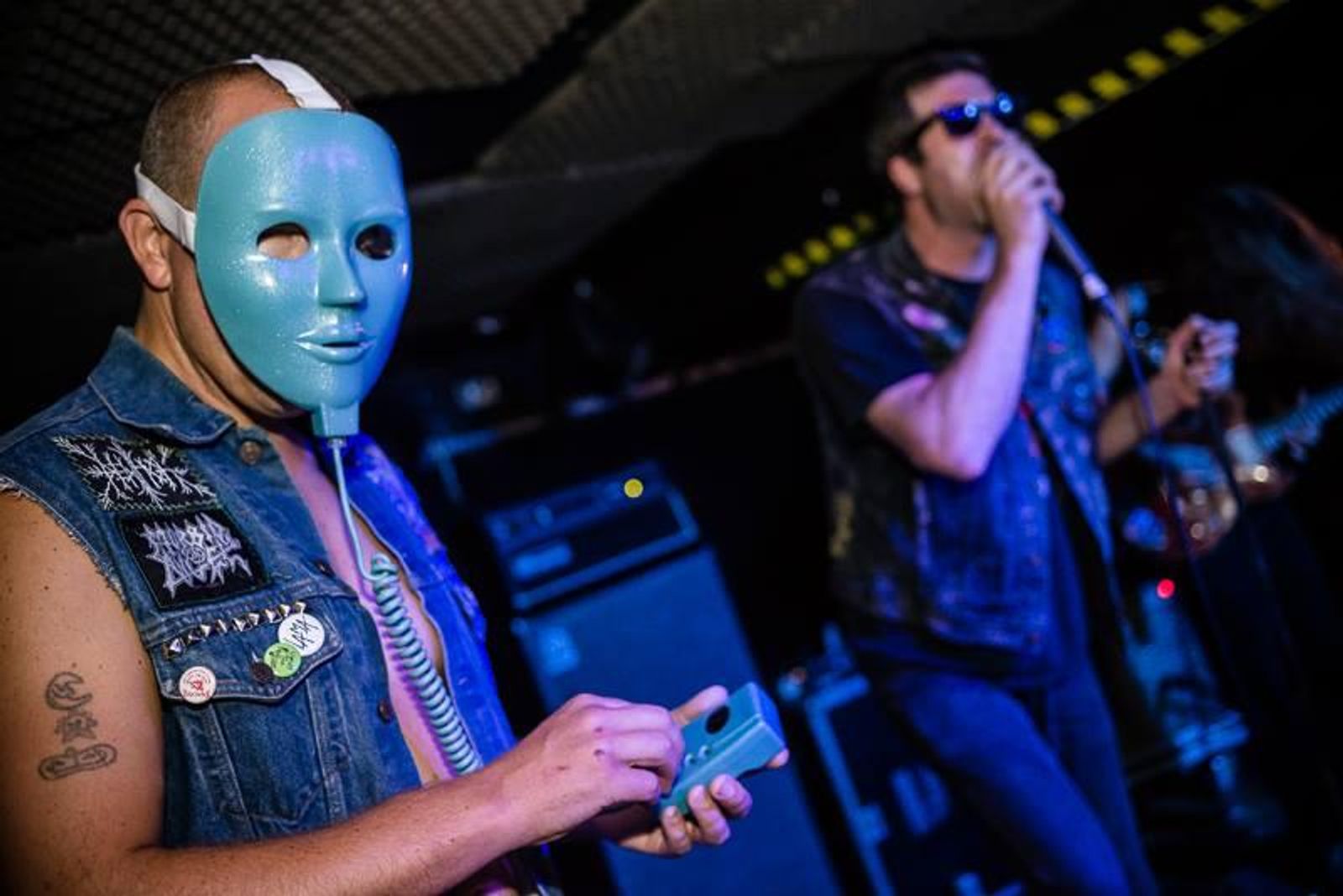 Wolf Eyes is an American experimental music group from Detroit, Michigan, formed in 1996 by Nate Young. Currently a duo, Wolf Eyes are a prominent act within contemporary noise music. They have collaborated with a variety of artists from different countries and art forms. Wolf Eyes began as a solo project of Nate Young. Aaron Dilloway joined in 1998 while also playing with John Olson in Universal Indians. Olson occasionally performed with Wolf Eyes under the moniker Spykes and joined Wolf Eyes in 2000 after Universal Indians disbanded.

In 2005, Dilloway left Wolf Eyes, uninterested in extensive touring. Mike Connelly (of Hair Police, Failing Lights and Clay Rendering) replaced Dilloway, first appearing on the 2006 album Human Animal. Dilloway did some production work on Human Animal. He has since performed with them on at least two occasions.

It was announced in February 2013 that Connelly had left the group to concentrate on his solo work and Hair Police. He was replaced in the lineup by another Michigan musician, Jim Baljo. Both Dilloway and Connelly appeared on the 2013 album No Answer: Lower Floors. Wolf Eyes is currently composed of Young and Olson; the latter described the band as a "morphed organism that expands and condenses as needed or not."

The group has released over 297 recordings during its 25 years of activity.