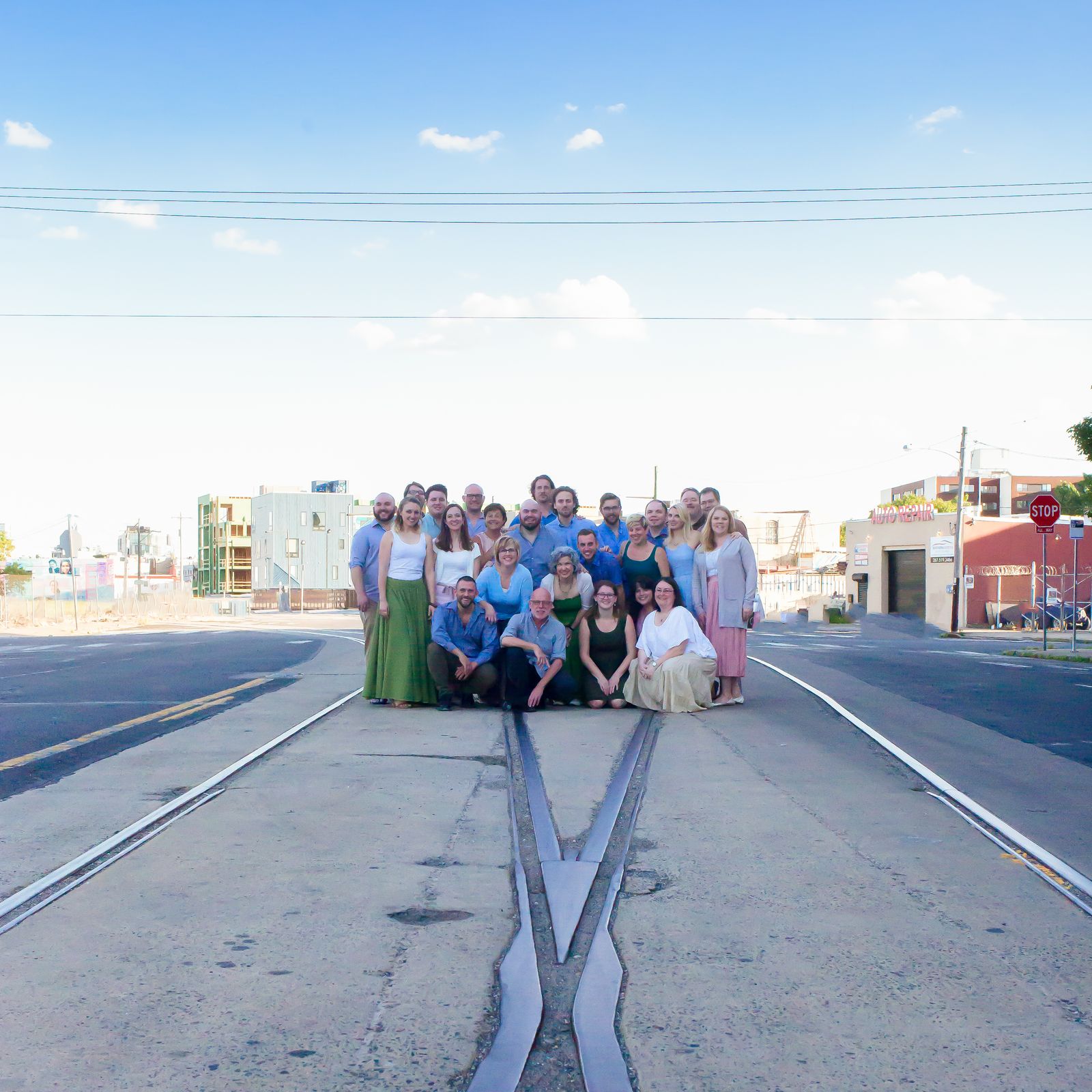 The Crossing is a Grammy-winning professional chamber choir conducted by Donald Nally and dedicated to new music. It is committed to working with creative teams to make and record new, substantial works for choir that explore and expand ways of writing for choir, singing in choir, and listening to music for choir. Many of its over 110 commissioned premieres address social, environmental, and political issues.

The Crossing collaborates with some of the world’s most accomplished ensembles and artists, including the New York Philharmonic, Los Angeles Philharmonic, American Composers Orchestra, Network for New Music, Lyric Fest, Piffaro, Beth Morrison Projects, Allora & Calzadilla, Bang on a Can, Klockriketeatern, and the International Contemporary Ensemble (ICE). Similarly, The Crossing often collaborates with some of world’s most prestigious venues and presenters, such as the Park Avenue Armory, Annenberg Center for the Performing Arts at the University of Pennsylvania, National Sawdust, David Geffen Hall at Lincoln Center, Disney Hall in Los Angeles, the Cleveland Museum of Art, the Menil Collection in Houston, the Isabella Stewart Gardner Museum in Boston, Haarlem Choral Biennale in The Netherlands, The Finnish National Opera in Helsinki, The Kennedy Center in Washington, Philadelphia Museum of Art, Metropolitan Museum of Art, Zankel Hall at Carnegie Hall, Symphony Space in New York, Winter Garden with WNYC, and Duke, Northwestern, Colgate, and Notre Dame Universities. The Crossing holds an annual residency at the Warren Miller Performing Arts Center in Big Sky, Montana.

With a commitment to recording its commissions, The Crossing has issued 24 releases, receiving two Grammy Awards for Best Choral Performance (2018, 2019), and six Grammy nominations. The Crossing, with Donald Nally, was the American Composers Forum’s 2017 Champion of New Music. They were the recipients of the 2015 Margaret Hillis Award for Choral Excellence, three ASCAP Awards for Adventurous Programming, and the Dale Warland Singers Commission Award from Chorus America.

Recently, The Crossing has expanded its choral presentation to film, working with Four/Ten Media, in-house sound designer Paul Vazquez of Digital Mission Audio Services, visual artists Brett Snodgrass and Steven Bradshaw, and composers David Lang, Michael Gordon, and Paul Fowler on live and animated versions of new and existing works. Lang’s protect yourself from infection and in nature as well as Paul Fowler’s Obligations, based on a poem of Layli Long Soldier, were specifically created to be within the restrictions imposed by the COVID-19 pandemic. The Crossing’s pandemic response daily series, Rising w/ The Crossing, a series of 72 past live performances with notes by Donald Nally, has been archived by the Library of Congress as “an important part of the collection and the historical record.”

The Crossing is represented by Alliance Artist Management. All of its concerts are broadcast on WRTI, Philadelphia’s Classical and Jazz public radio station.

"We Got Time": Performed by Philadelphia's The Crossing (Composed by Matana Roberts)