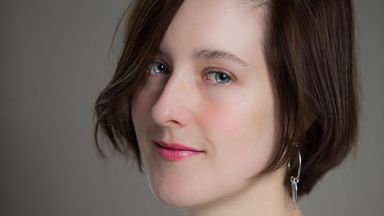 Caroline Martel is a documentary maker involved in telling historical narratives that incorporate their research in experiential and experimental ways. She has a special interest in archives, invisible histories, and audio/visual technologies and heritage. Her films and installations have been presented to critical acclaim internationally (TIFF, IDFA, Rotterdam, on SRC, NHK, and SVT, at MoMA and the Pompidou Centre) and include: Hold the Line (NFB, 52 min., 2001), the montage essay The Phantom of the Operator (productions artifact, 64min, 2004), Wavemakers (productions artifact/NFB, 96min, 2012), the solo show Industry/Cinema (2012) at the Museum of the Moving Image (NYC), and the 35-screen installation Spectacles of the World, revisiting a slate of expended cinema experiments at Expo 67, commissioned by the Musée d'art contemporain de Montréal (2017). She was one of the featured guests at the 57th Robert Flaherty Seminar.